It’s always one of the first Saturdays in December. While the stadium might change occasionally (88 of 119 have been in Philadelphia), it is also almost always a blustery-cold winter day. A few other things are also always a constant. The Naval Academy’s Midshipmen and Military Academy’s Corps of Cadets are always in full attendance, and will conduct one of the most impressive march-on events ever witnessed. And, no matter what either team’s season has been, the slate is washed clean when it comes to these two teams taking the field. This was the 119th Army-Navy rivalry match-up, and it was no different than the 118 that preceded this one. Both teams prepare all season for this one game, and they leave nothing to spare–everything is left on the field.

This was one of many of the Army-Navy games I have watched in my own 26+ years of serving in the military, but only the sixth I have actually had the privilege of attending. Let me just say, it was one of the most special, and if the picture above and title don’t give a hint as to why, I will explain.

There were a couple of things that were different this year that made the 119th Army-Navy Game one of the most memorable of any game ever, and it was all because Chick-fil-A did what it does so well: going the second mile (and beyond)!

This year, Chick-fil-A, which has been a proud supporter of the Army football team, went “all in” on hosting an amazing event. The Army-Navy Watch Party. Just 15 minutes north of Lincoln Financial Stadium, Chick-fil-A reserved the 23rd Street Armory, built out its mobile pop-up restaurant, and filled it with enough seating for easily 500 people. All this was to not play favorites–Army or Navy– but to bring the two veteran sides together, recognizing each and every veteran as an equal, and thanking them in ways that words marginally do justice. The Chick-fil-A Director of Military Relations was personally handing out excellence coins with an engaging handshake, a sincere smile, and a “thank you for your service.” The Director of Marketing was on sight personally ensuring everything was saying what it was intended to say in just the right way. And, in addition to executive leaders from within Chick-fil-A, they hired a host of talented team members to engage, videotape, photograph, and thank the veteran audience that turned out.

Chick-fil-A decked out the Armory out with two huge flat screen televisions, a turf mini-football field, and even a marching band! As the crowd began to pour in at 1 PM, the maestro engaged them right away in fun activities like Simon Says, Rock-paper-scissors face-offs, dance-offs, and more. And they were certainly not left wanton, as Chick-fil-A was providing its iconic chicken sandwiches, sweet tea, and fresh-squeezed lemonade at the window. How much you ask? All free! What’s more, Chick-fil-A recognized some 10 veterans and their families with the biggest surprise of all–tickets to the game. Sweet enough deal, right? Well, how about on-field passes, and a limousine ride to boot? Talk about a memorable experience…and all Chick-fil-A’s way of saying “thank you.” Well, as a veteran myself, I have to say, “thank you!” What I saw was simply beautiful, and it was all done in a top-notch, positive way, bringing Army and Navy, (as well as some Air Force and Marine Corps folks) together to share in the historic game.

What I witnessed as just a spectator and veteran should be enough for you to understand what made this Army-Navy more special than any other, but what I have to share in my second observation expresses what made the whole event and day so special for me personally. First, I was able to share the day with someone who a mentor introduced me to. I spent the day getting to know a man who is a leader-legend in his own right. Being with this humble hero is what truly enabled me to clearly see and experience this second observation. I was able to see firsthand the selfless team that came out to make this whole event so special. Several Owner-Operators, many veterans themselves, came from all over the country at Chick-fil-A’s bequest to provide the unmatched support and leadership necessary to make such a special event happen. Texas, Oklahoma, Georgia, North Carolina. The amount of planning, time, consideration, and resources that went in to make this day happen was evident everywhere you turned!

One of Chick-fil-A’s National mobile kitchens was on site making hot, juicy sandwiches in no time flat! A team of probably 75-100 folks helped set-up, execute, and clean up when it was all said and done. A top-notch event, executed and overseen with the utmost precision and care.

I found myself humbled

Unbeknown to me, I found myself humbled with the great privilege of being able to tag along with a couple of the Chick-fil-A Corporate leaders who were ensuring all was going as planned, and what I saw was simply awesome. They were engaging veterans, making time to talk to cadets, midshipmen, and senior military leaders alike to reiterate their gratitude and provide in any way they could for those they came in contact with. It was more apparent than ever to me how important an organization’s culture is to the success of an organization. For me, Chick-fil-A’s one-in-million way of service made this Army-Navy one of my most memorable experiences. And its because they not only focus on the big things but the little things too…and they do it all with a spirit of excellence and gratitude.

The game ended (happily for me) 17-10, with Army taking the victory, as well as the coveted Commander-in-Chief’s Trophy home. Both teams have much of which to be proud, because this day is always so much bigger than the game itself, but at the same time, for three hours, it is ALL about the game itself, in a good old-fashioned family rivalry.

As one veteran said so astutely as I listened, “Only 3 hours on a Saturday does the Army and the Navy go at it like this–otherwise, we are brothers and sisters in arms, willing to fight and die for one another given the chance.” Amen to that! If one has never served, that may seem foreign, but I assure you, it could not be truer. The Army-Navy game represents everything that is good. The guts, the grit, the determination, the resilience, and professionalism of an all-volunteer military, of which we, as a Nation, can surely be proud. The Army-Navy game is just a slight representation of what is special about our Nation’s sons and daughters that decide to serve, and it was an even more special Army-Navy to see a Corporate team-mate like Chick-fil-A come alongside and share in the occasion. Thank you. And to those soldiers, sailors, airmen, and Marines who continue to serve and may even this day be in harm’s way to protect our freedoms, we thank you!

Disclaimer: The thoughts and opinions expressed herein are the author’s own, and do not in any way express the views, opinions, or expressed interests of the U.S. Armed Forces, the United States Army, nor Chick-fil-A, Inc. 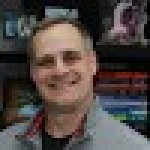 Erik is an experienced military leader skilled in organizational leadership, operational planning, and strategic and critical thinking. He will help you secure an unassailable competitive advantage.

Why Help the Restaurateur?

The Secret to Owning a Successful Business: Leadership
0 replies

The Four People your Team Needs to Succeed